Get Bright Future With Us

NATURE CLUB(SAMRIDDHI) : “The journey of a thousand miles begins with a single step”. Yes, that is one thing that the Nature Club of MBWA, “MACROCOSM” firmly believes in. To make this world a better and greener place, is most definitely a difficult job but it is not impossible, and the members of the Nature Club of MBWA, have resolved to strive hard and move a step closer to achieve this goal.

INTERACT CLUB(HORIZON): The Interact Club MBWA is a part of the Rotary International motivated by the motto ‘Service above Self’. Interact Club is a Rotary-sponsored service club for young people aged 14 -18years(secondary and higher secondary students). It teaches service above self and helps in all-round development of students. It gives young people an opportunity to participate in meaningful service projects throughout the school year, which involves volunteering in the district schools. Several projects  are coordinated to serve the community. There is an international activity to promote better world understanding, values, goodwill and bonding with others to achieve common goals.

FOOTLOOSE:Dance is a form of expression of the  body language. In Western Dance the students are encouraged to do so freely and spontaneously. The students are taught different forms of dance like Hip-Hop, Jazz, Contemporary, Ballroom styles and sometimes even Bollywood, thereby enabling the students to dance to any kind of music. Keeping the fun element alive, students are taught the theory and grammar of dance so that they know what they are learning and also have the technique to execute it. The goal is to create passionate dancers who perform this creative art with  joy.

TAALIM: ‘Taalim’, asthenamesuggests indicatestraining. The ‘Taalim’ clubinspires the students to explore the world of dance through various dance forms. It encourages every student to enjoy and learn dance wholeheartedly and instil a sense of rhythm in them.

EASTERN VOCAL(ALAAP) :The term ‘alaap’ means ‘introduction’.  In hindustani classical music particularly, we start a raga with ‘alaap’(both vocal and instrumental) which means we present a brief overview of the specific notes used in the raga to our audience. This helps the listeners to identify the raga very quickly and establishes a relation between the performer and the  audience. ‘Alaap’ is a very vital part of a performance because it binds the performer and the audience, bringing them under one musical canopy.

The ‘Alaap’ club is named after the above mentioned concept where the teachers of the vocal music department share an interactive session with the students and train them regarding various aspects of Indian vocal music. The agenda of this club is not only to make them good performers but also to develop their idea of music.

The ‘A-choired Listening’ club, as the name suggests, deals with two things simultaneously — listening and singing. We will be spending time doing deep critical analyses of music through the ages. One of our vehicles for doing the same will be choral singing, where we will, depending on the topic, mimic all the layers of the songs with just vocals. In a world where more and more musicians are becoming creative entrepreneurs, doing much more than simply making music — the students will gain some indispensable skills that will help them on their journey in being a musician of the 21st century. If their paths are not musically inclined, having a deep and clear understanding of music as an art could help them on their journey to be great musicians and/or art critics of the future.

DEBATE(VIRTUS):This club hones the public speaking skills and encourages rational,logical thinking. It sensitizes the students to social issues and updates them on current affairs.

QUIZ(METIS):Intends to empower the students with knowledge , create interest &arouse their curiosity so that they feel eager to collect information related to different fields & aspects of life.

Cinema is a powerful medium and can be used to help our children be more sensitive and compassionate human beings.

The children are made aware of the functions of different departments in film making – acting, directing, editing, cinematography, production, art direction, music, sound, lighting, publicity, etc. They learn meanings of technical terms, and basics on how to understand and appreciate cinema. Children are exposed to feature films of internationally acclaimed directors as well as documentary cinema . Sequences from classic films are seen and discussed paying attention to camera angles, camera movement, editing, lighting, etc. They learn how  to write a  film review.

THEATRE(MARIONETTES):Whether viewed or practised, theatre actively strengthens our capacity to feel, toempathise. It celebrates what is most human in us and provides a platform forour desire to create and communicate. It provides a space of safe exploration ofour strengths and frailties, our very humanity. We learn who we are or choose tobe as people as we explore deeper and further into the characters we play.Working with theatre practice gives us skills in teamwork,understanding, discipline, empathy, identification of one’s own emotions and theemotions of others, confidence and self-expression.

specifically for developing these various awarenesses that the Theatre club: Marionettes of Mahadevi Birla has been formed.

SPEECH & ELOCUTION (EXPRESSIONS):The Speech and Elocution club , ‘Expressions’, aims to develop in the members, their expression, pronunciation, voice modulation and ability to memorize It also endeavours to instil in them the confidence required to recite a poem or deliver a speech and also feel at ease with their subject, thereby enjoying every moment of their performance.

This club has twin objectives – to enable the learners appreciate literature and respond to a text intellectually, emotively and personally as individuals., andto enable the learners to write original pieces guided by the principles of    different genres of writing in both fictional and non-fictional prose, as well as poetry.

Art is skill in making or creating. In Indian art there is no distinction between fine arts and decorative arts. This is reflected in Easel Club’s works.

Children experiment with the expressive use of colour  non-traditional materials, and new techniques and mediums.

CREATIVE CRAFT(SHILPI):Encourages the learning of Indian  craft as well craft from other countries which can be further used for making artefacts & other decorative items.

GUITAR(COMMON GROUND) : The club aims at encouraging students to listen to good music & learn to play the guitar ,there by developing sensitivity,discipline& endurance.

DRUMS(THE BIG BEAT):Since ancient times, drums have been used as one of the most efficient methods of communication. From the ancient tribes, who used to communicate with the other tribes using drums, to modern day music, where drums are the primary instruments that dictate thousands of people to tap their feet, drums have remained  the source of life for music. Being a drummer, therefore, is always so much fun. The drummer can set the groove. The drummer can create the pulse. The drummer can control the time.

The drummers at our school are, therefore, having a blast.

FRENCH: Children learn a new language through which they come to know a new culture. They are able to pronounce many day to day French words with correct  pronunciation

GERMAN:Learning a foreign language has become more beneficial than ever before. Being intensively trained at the school in the German language for 6 years, helps the students in various extra-curricular opportunities as well as rewards them with better career prospects all over the world.

Mandarin is a widely spoken language . We know China could well emerge as India’s largest trading partner so if our students learn Chinese very well, then they can get a great opportunity and tremendous advantage in building their careers .There are so many employment prospects in the field of teaching profession, Translation, Interpretership , for school, university ,IT sector , Pharma  and Chemical ,movie subtitles, scientific research projects specially in tourism and business,  where it will be useful to know Mandarin. It is economically more beneficial as there is a higher demand in several foreign companies for a prospective employee who is well versed in Chinese than in any other language besides English .The children get an opportunity to learn more about Chinese culture, and are exposed  to a great deal of Chinese customs  and traditions.

Playing the scrabble game is  fun and the students do not even notice the depth of learning that takes place. It boosts a host of skill areas as well as social and personal skills which include spelling, vocabulary& dictionary skills.

Activities are designed to develop young leaders with awareness about the dynamic environment, ability to handle finance, make optimal use of resources and make presentations. Students learn to do tech-based research independently or in a team through different events.

COMPUTER(TECH KIDS):This club helps the students to reflect their creativity through graphics and animation software. It creates interest and develops curiosity of the students to collect information about the latest developments in the field of technology.

SCIENCE/ROBOTIC(AURA):Robotics Club: Robotics Club has been introduced in the Mahadevi Birla World Academy in the academic session of 2016-17 for the students of classes 7-10. It is conducted in collaboration with Fun Scholar. In the first year module students were given kits and taught to make Water-Level Indicator, Sound-Level Indicator, LED circuits and Object Counters. It was an hands on learning experience for the students. They learnt basics of electronics and processors. In the second year modules students will learn to assemble and program mechanical robots. Students will also participate in the National Robotics competitions.

In this club, the children learn the basics of composition of the subject to be captured through lens. They also come to know the basics of lighting of objects. We ensure that the children  have a clear understanding of camera modes, shutter speed, F value and ISO. They learn how to handle the digital still camera. Students learn to adjust the following :image size ,controlled shooting interval, bracket setting, using device with personal computers.

The children learn different kind of exercises, foot drill and  making a variety of knots.They come to know   rules regarding patrol flag and  hand whistle signs. They also learn to make fire, cook, pitch a tent, first-aid  as well as use wood for making craft items. They are taken to camps where they take care of their basic needs and learn to tackle emergency situations. The motto is ‘Be Prepared’, and the training makes them independent as well as helpful and compassionate human beings.

CARROM(STRIKER):In this club, children learn sitting positions, primary rules of a carrom match, and meanings of technical terms. They are also trained in developing  faculties that will help them have a ’competition temperament’. Tactics for winning the game are discussed. Children also learn how to increase their concentration. This will help them succeed even in academics. They are also told about the only Arjuna awardee in carrom, Anthony Maria Irudayam, whose life can be an inspiration to many.

CHESS(CHATURANGA):Chess is a game which originated in India. Various studies all over the world have shown that chess helps the students in concentration, analytical skills and logical thinking. The syllabus in the chess club is formed to explain the basic tenets of the game as well as help the students in developing their creative and analytical skills.

Students are taught the rules, regulations and techniques of the game. They are givenexercises in performing  various skills to improve their fitness level.

We lay emphasis on sports karate, teaching the children attack and defence, which include knowledge and practice of punching, kicking, knee strikes, elbow strikes and open-hand techniques such as knife-hands, spear-hands, and palm-heel strikes. They also learn grappling, throws, joint locks, restraints, and vital-point strikes are also taught. For self defence we have to prepare our mind and body both. Our children are trained to participate in district and state level competitions. They are also given a brief historical background of the martial art form, as well as details on gold awardees . Senior students are introduced to kalaripayattu, an ancient martial art from Kerala.

Admissions are open for 2022-23, please click the link below to find details about the admission procedure at MBWA 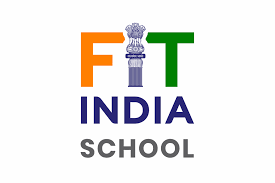